Join us for a new series as we (virtually) host five distinguished authors throughout 2021. Together with Richard Louv, Winona LaDuke, Dr. J. Drew Lanham, J.R. Harris and Angelou Ezeilo, we’ll explore the crucial impact connecting with nature has on human kind. Embark on a journey of self discovery, hike in someone else’s shoes and explore the world from the comfort of a good book (or a few!).

Tickets:
$10/person
$8.50/member
All virtual events will be hosted through Zoom.

Our Wild Calling: How Connecting with Animals Can Transform Our Lives—and Save Theirs
January 26, 7-8 p.m.
Get Tickets

Richard Louv is a journalist and author of ten books, including Last Child in the Woods: Saving Our Children from Nature-Deficit Disorder; The Nature Principle; and Vitamin N. His newest book is Our Wild Calling: How Connecting with Animals Can Transform Our Lives — and Save Theirs. Translated into 22 languages, his books have helped launch an international movement to connect children, their families and communities to nature. Learn more at www.richardlouv.com

Species Loneliness, Nature-Deficit Disorder and the Future of Life on Earth
“Nature-deficit disorder,” as Louv defined it in his 2005 book, “Last Child in the Woods,” is not a medical diagnosis, but a useful term – a metaphor — to describe what many of us believe are the human costs of alienation from nature, as suggested by recent research. Among them: diminished use of the senses, attention difficulties, higher rates of physical and emotional illnesses, a rising rate of myopia, child and adult obesity, Vitamin D deficiency, and other maladies. In the early 2000s, when researching and writing “Last Child in the Woods,” Louv identified only about 60 studies rigorous enough to cite. Today, the Children & Nature Network offers abstracts for more than 1,000 studies. Recognizing this, some physicians now write prescriptions for nature time. Animal-assisted therapy is among the fastest-growing trends in health care. We see a rapid increase in the number of nature-based preschools. Increasingly, biophilic architects are weaving natural elements into workplaces, homes, neighborhoods and cities. Biophilic design links nature connection to higher human productivity and creativity. We know this now: The more high-tech our lives become, the more nature we need.

As part of the new nature movement emerging around the world, we see a growing body of evidence about animal intelligence and emotions. In the new book,” Our Wild Calling,” Louv makes the case that strengthening the bond between humans and other animals can transform our lives — and help save theirs.

Vitamin N: The Essential Guide to a Nature-Rich Life

Our Wild Calling: How Connecting with Animals Can Transform Our Lives—and Save Theirs

Last Child in the Woods: Saving Our Children From Nature-Deficit Disorder

The Nature Principle: Reconnecting with Life in a Virtual Age

To Be a Water Protector: The Rise of the Wiindigoo Slayers
March 22, 7-8 p.m.

Winona LaDuke is a leader in cultural-based sustainable development strategies, renewable energy, sustainable food systems and Indigenous rights. Her new book, To Be a Water Protector: Rise of the Wiindigoo Slayers, is an expansive, provocative engagement with issues that have been central to her many years of activism. LaDuke honors Mother Earth and her teachings while detailing global, Indigenous-led opposition to the enslavement and exploitation of the land and water. She discusses several elements of a New Green Economy and outlines the lessons we can take from activists outside the US and Canada. In her unique way of storytelling, Winona LaDuke is inspiring, always a teacher and an utterly fearless activist, writer and speaker.

Winona LaDuke is an Anishinaabekwe (Ojibwe) enrolled member of the Mississippi Band Anishinaabeg who lives and works on the White Earth Reservation in Northern Minnesota. She is executive director of Honor the Earth, a national Native advocacy and environmental organization. Her work at the White Earth Land Recovery Project spans thirty years of legal, policy and community development work, including the creation of one of the first tribal land trusts in the country. LaDuke has testified at the United Nations, US Congress and state hearings and is an expert witness on economics and the environment. She is the author of numerous acclaimed articles and books.

Find To be a Water Protector: The Rise of the Wiindigoo Slayers and Recovering the Sacred: The Power of Naming and Claiming at Trail Mix Peninsula.

Recovering the Sacred: The Power of Naming and Claiming

The Home Place: Memoirs of a Colored Man’s Love Affair with Nature
May 13, 7-8 p.m.
Get Tickets

Lanham will discuss what it means to embrace the full breadth of his African-American heritage and his deep kinship to nature and adoration of birds. The convergence of ornithologist, college professor, poet, author and conservation activist blend to bring our awareness of the natural world and our moral responsibility for it forward in new ways. Candid by nature — and because of it — Lanham will examine how conservation must be a rigorous science and evocative art, inviting diversity and race to play active roles in celebrating our natural world.

About the author:
A native of Edgefield, South Carolina, J. Drew Lanham is the author of The Home Place: Memoirs of a Colored Man’s Love Affair with Nature, which received the Reed Award from the Southern Environmental Law Center and the Southern Book Prize, and was a finalist for the John Burroughs Medal. He is a birder, naturalist, and hunter-conservationist who has published essays and poetry in publications including Orion, Audubon, Flycatcher, and Wilderness, and in several anthologies, including The Colors of Nature, State of the Heart, Bartram’s Living Legacy, and Carolina Writers at Home. An Alumni Distinguished Professor of Wildlife Ecology and Master Teacher at Clemson University, he and his family live in the Upstate of South Carolina, a soaring hawk’s downhill glide from the southern Appalachian escarpment that the Cherokee once called the Blue Wall.

The Home Place: Memoirs of a Colored Man’s Love Affair with Nature

Way Out There: Adventures of a Wilderness Trekker
August 12, 7-8 p.m.
Get Tickets

“Trail Talk from an Old Dirt Kicker”
J. Robert Harris is a well-known explorer and the author of Way Out There: Adventures of a Wilderness Trekker. From his origins in New York City, J.R. has roamed, mostly alone and unsupported, from Arctic Alaska to the Australian Outback, from Patagonia to the Pyrenees, and across the many “lands” (Greenland, Lapland, Iceland, Newfoundland, and New Zealand) for more than 50 years. Now in his 70’s, J.R. is still an active and enthusiastic trekker, having recently returned from a 3-week backpack in the Sierras. He is committed to encouraging everyone to experience the benefits that come from being in the great outdoors, and to support and protect our natural environments.
“Trail Talk from an Old Dirt Kicker” is a lively presentation enhanced with numerous photo images to illustrate the “top ten” topics people are most curious about regarding wilderness travel. He will address each topic, such as planning, skills, wildlife, fear, being alone, and fitness, within the context of one of his many extraordinary journeys, and share lessons learned along the way. A Q&A session
will follow his talk.

See some amazing images and learn more about J.R. at www.jrinthewilderness.com

Way Out There: Adventures of a Wilderness Trekker

Angelou’s love for the environment stretches far back to when she was a little girl who had the chance to escape the dense urban streets of Jersey City, New Jersey, to summer in her family’s home in upstate New York.

After a brief stint of practicing law, it was through her work as a Legal Specialist for the New Jersey State Agriculture and Development Committee that Angelou embarked upon a career as an environmentalist.

Angelou further honed her skills as a Project Manager for the Trust for Public Land (TPL) in both its New Jersey and Georgia offices. In her position, Angelou acquired land for preservation and worked on the New York/New Jersey Highlands Program, Parks for People-Newark, the New York/New Jersey Harbor Program in New Jersey, the Atlanta Beltline and the 20 County Regional Greenspace Initiative in Georgia. While at TPL, Angelou realized the disconnect between the land that was being preserved and the education of people about that preservation—particularly as it related to our next generation. This was the impetus for the Greening Youth Foundation. As a woman and minority-founded and led non-profit, Angelou is at the helm of a movement to provide environmental and wellness education and career pathways to a new generation, both in the United States and in countries throughout Africa.

Angelou is a graduate of Spelman College, Georgia. She received her Juris Doctorate in Law from the University of Florida, College of Law. Angelou is a member of the National Center for Civil and Human Right’s Women in Solidarity Society, and Georgia Audubon boards; Advisory Board Member for Outdoor Afro, The Million Mile Greenway, Inc., Keeping It Wild, Inc., and Rachel’s Network; and most recently the author of “Engage, Connect, Protect: Empowering Diverse Youth as Environmental Leaders.

Angelou is a lover of cultural dance, hiking and birds and good avocado toast!  As recent empty-nesters, Angelou and her husband of 25 years, split their time between Atlanta, GA and Lagos, Nigeria. 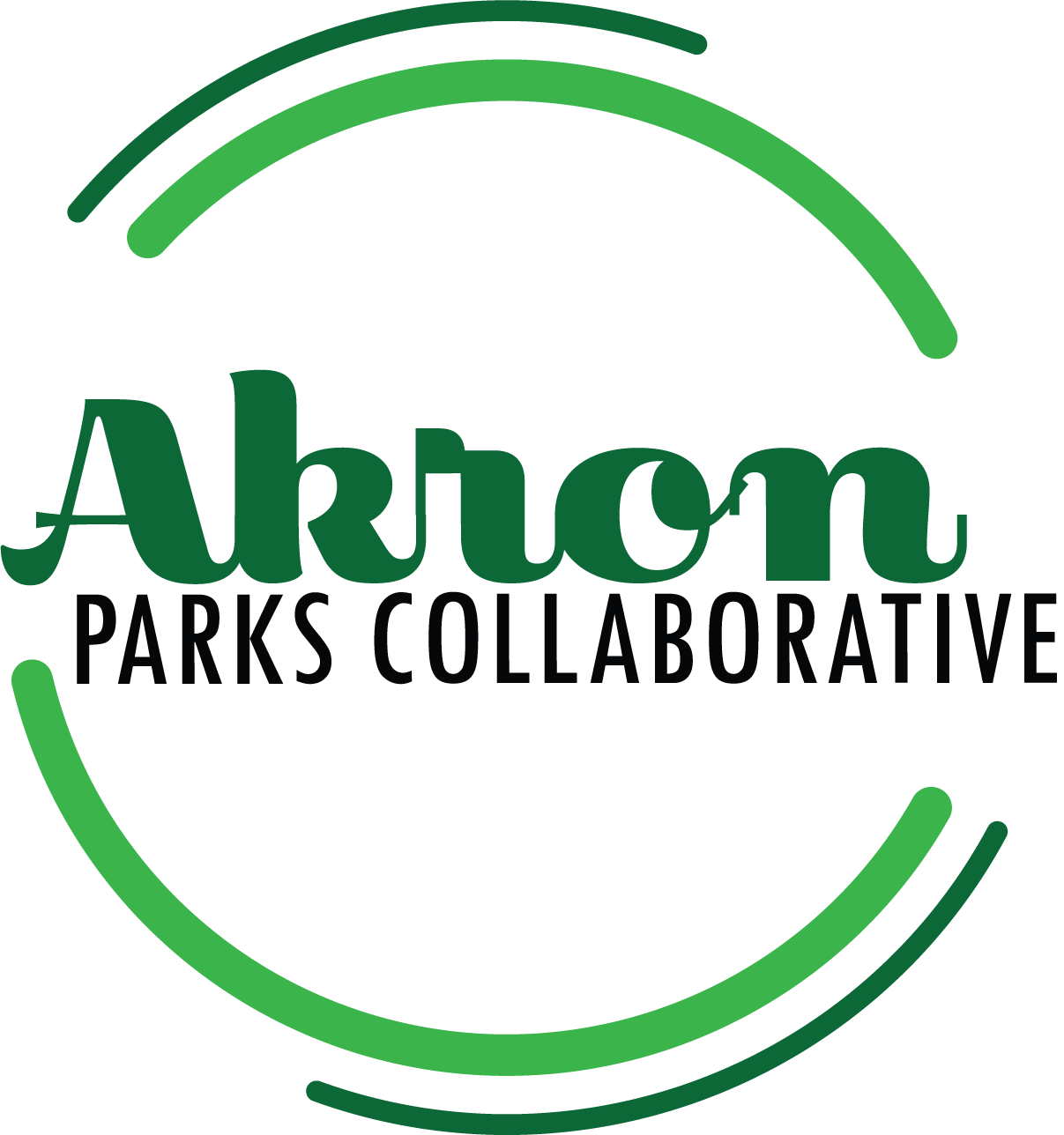 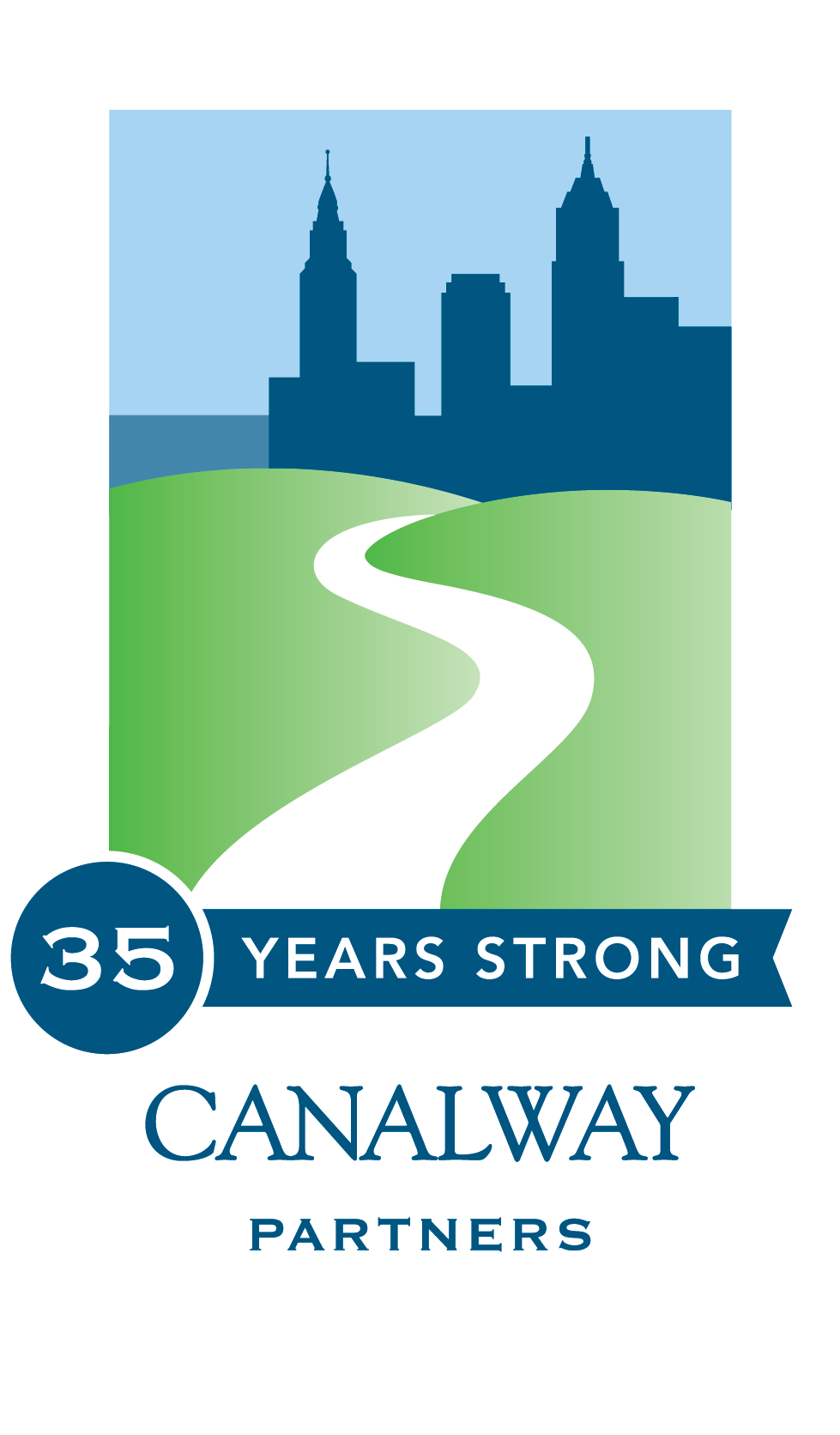 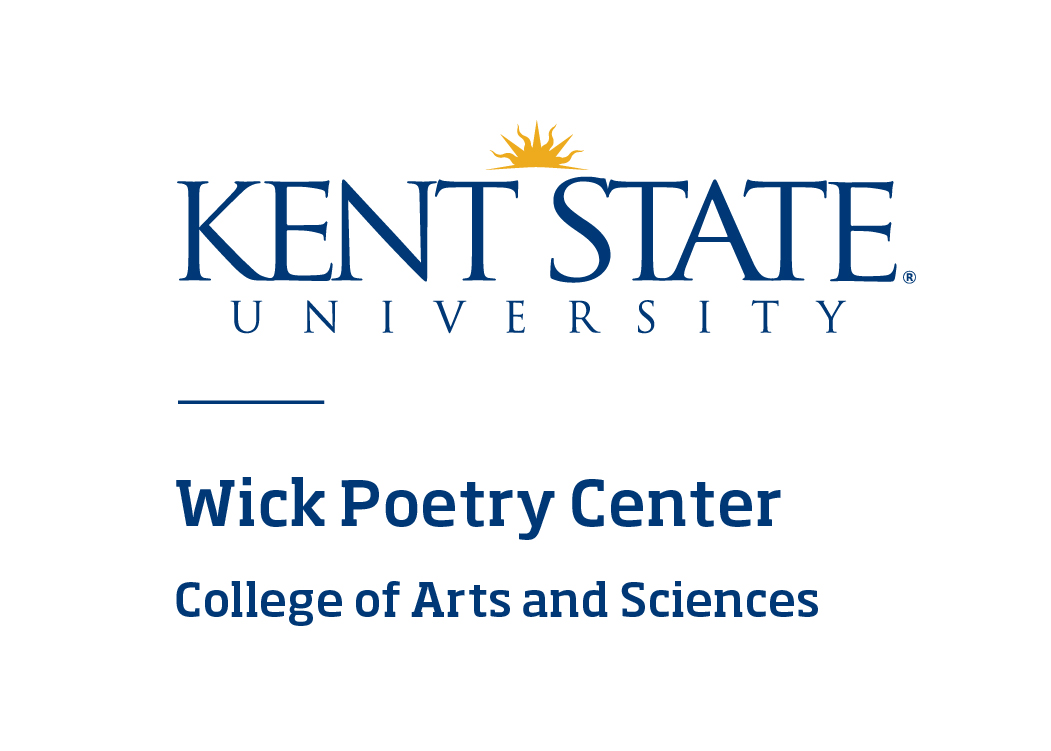 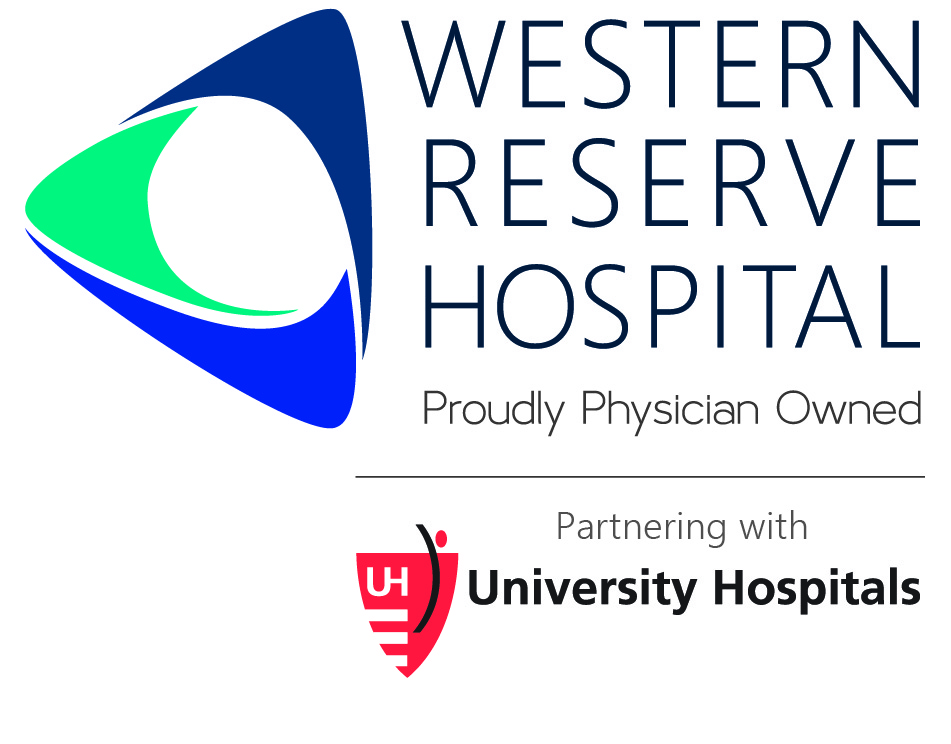 Join us for an evening with Dr. J. Drew Lanham Coloring the Conservation Conversation…

Join us for an evening with J.R. Harris J. Robert Harris is a well-known…