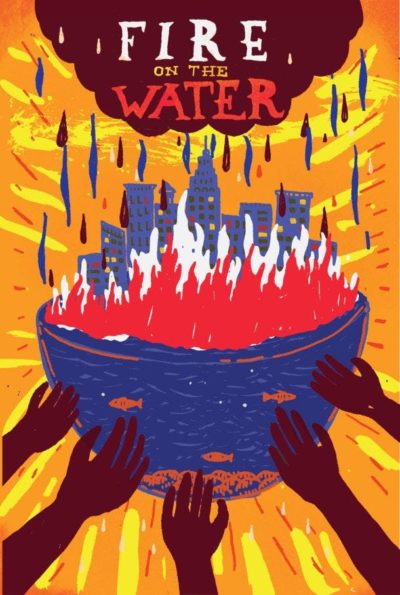 Join the Conservancy for Cuyahoga Valley National Park and Cleveland Public Theatre at Happy Days Lodge to witness selections from Fire on the Water, the acclaimed multimedia theatrical event commemorating the 50th anniversary of the 1969 burning of the Cuyahoga River.

Check out the full production of Fire on the Water at Cleveland Public Theatre February 9 – March 2. Fire on the Water is a fast-paced series of short plays inspired by this pivotal moment in Cleveland’s history. Created by a team of playwrights, directors, and actors, the production features original work woven into a powerful production exploring how the environment shapes identity, while celebrating the remarkable recovery of Cleveland’s waterways. Click here for more information: https://www.cptonline.org/performances/seasons/2018-2019/fire-on-the-water

BONUS PERFOMANCE: Special guests the Blue Streak Ensemble will present a portion of Margaret Brouwer’s oratorio Voice of the Lake, after the Cleveland Public Theatre’s performance!

Voice of the Lake is a musical description of Lake Erie, the good and the bad, in the first quarter of the 21st century. The music portrays the constant motion of the waves splashing on the rocks, of walking on the beach, of the sun glinting on the water, of children playing in the water, and of the pleasure of a fisherman in his boat fishing.  The Oratorio also depicts the environmental problems that the lake faces.

At this performance, you will be hearing excerpts from Part II: The Public Hearing, which is related to the modern day concerns about the Cuyahoga River and portrays the conflict of opinion in Cleveland as to whether it is safe to dump the dredged sediment from the Cuyahoga River bottom, which contains PCBs, into Lake Erie.