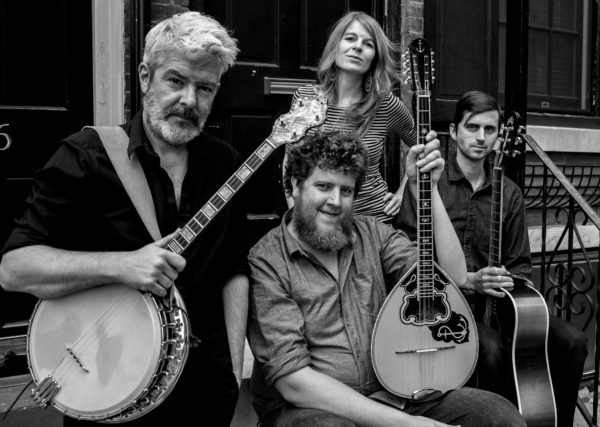 About Dinner
Join us for a holiday cocktail soirée before the Seamus Egan Project takes to the stage at Happy Days Lodge for an Irish Christmas concert!  Enjoy cocktails and heavy hors d’oeuvres created by Chef Larkin.

About Seamus Egan
It’s hard to think of an artist in traditional Irish music more influential than Seamus Egan. From his beginnings as a teen prodigy, to his groundbreaking solo work with Shanachie Records, to his founding of Irish-American powerhouse band Solas, to his current work as one of the leading composers and interpreters of the tradition, Egan has inspired multiple generations of musicians and helped define the sound of Irish music today. As a multi-instrumentalist, he’s put his mark on the sound of the Irish flute, tenor banjo, guitar, mandolin, tin whistle, and low whistle, among others. As a composer, he was behind the soundtrack for the award-winning film The Brothers McMullen, co-wrote Sarah McLachlan’s breakout hit, “Weep Not for the Memories,” and has scored numerous documentaries and indie films since. As a bandleader, Solas has been the pre-eminent Irish-American band of their generation for the past 20 years, continuously renewing  Irish music with fresh ideas, including a collaboration with Rhiannon Giddens on their 2015 album. As a performer, few others can make so instruments or such wickedly complex ornaments seem so effortless.

Music comes as naturally to Seamus Egan as breath, but his mastery of the tradition is only one facet of his plans to move the music forward. Growing up under the wing of powerful elder musicians, Egan’s always paid homage to his roots, but he’s thought of these roots less as a heritage and more as a universal language to be shared.

Are there ID or minimum age requirements to enter the event?
All ages are welcome, but we do serve alcohol and require that anyone purchasing alcoholic drinks carry a valid form of legal identification (driver’s license, state issued ID card, etc.).

What can I bring into the event?
We ask that patrons do not bring food or beverages to this event.

What’s the refund policy?
No refunds on ticket sales.

Do I have to bring my printed ticket to the event?
We accept tickets in the following forms: printed, digital, or confirmation emails. Please make sure to have one of the prior mentioned for ease of entrance.

Is my registration fee or ticket transferable?
Ticket purchases are transferrable for the concert only.

Is it ok if the name on my ticket or registration doesn’t match the person who attends?
This is acceptable as long as the individual attending has a printed ticket, digital ticket, or confirmation email for proof of purchase.