Welcome to Cuyahoga Connections, Volume One

No matter what time of year, CVNP is here for all of us to enjoy—and our daily actions can directly impact the park we love! The chemicals we use to treat our lawn, the rocks we stack in the pond and the garbage cans we accidentally forget to put lids on (and are immediately found by raccoons!) can all impact Cuyahoga Valley National Park. Help your kids understand their own relationship with nature with the resources provided below.

Because of An Acorn
By: Adam Schaefer and Lola M Schaefer
Illustrated by Frann Preston-Gannon

This picture book, perfect for the youngest readers and listeners, provides a beginner-level look at the way even an acorn plays an important role in our ecosystem. With very few words, this book inspires discovery, introducing concepts of the food chain, cause and effect, and connectivity. The illustrations are beautiful and eye catching, and it is sure to become a favorite in your household!

Because of An Acorn is available at Trail Mix Peninsula and online.

This activity book provides a plethora of puzzles, games, and art projects to choose from, with the backdrop of Molly Hasimoto’s beautiful block prints. Perfect for children of all ages, watch as they connect with nature through creative thinking and play!

Download this journal we created just for you! Be sure to share your creations with us by sending photos/answers to connect@forcvnp.org or posting photos online and tagging us #forCVNP

Time for a Challenge!

Get outside and challenge yourself! In honor of World Water Quality Monitoring Day on Friday, September 18, we’re challenging you to take a closer look at the water around you. From the puddles you jump over during your favorite walks to the millions of gallons of water that make up the mighty Cuyahoga River, take some time to make and record observations.

Work on a volunteer project from your own home! This month, we’re talking about invasive plants – and how to safely remove them from your property!

What are invasive plants?

Invasive plants are exotic species that tend to crowd out native plants, decreasing their number and variety in an area.  They have been brought to North America from other continents for use in agriculture, gardening, erosion control, and medicine-or simply by accident.  Invasive plants have the following characteristics: they reproduce rapidly; spread over large areas of the landscape; and have few, if any, natural controls such as herbivores, insects, and diseased to keep them in check.  Not all non-native plants are invasive.  Many (e.g., chicory, dandelion, curly dock, speedwell, and timothy) have integrated well into local ecosystems and post no threat to the native plant communities.

Why do we remove them?

Besides crowding out native plants, invasive plants may change soil and water chemistry and can influence the mix of other plants growing in their vicinity.  For example, several algae types which naturally occur in wetlands do not occur in wetlands infested with purple loosestrife, and the death rates for American toad tadpoles are significantly higher in those infested wetlands.

Garlic mustard is a focus of volunteer efforts in early spring, before the plant goes to seed.  It is highly invasive and fast spreading and able to thrive in both shady and sunny environments, making it a threat in a wide variety of plants and habitats.  The roots of garlic mustard change soil chemistry, making land unsuitable for other plants until the garlic mustard has taken over completely, creating an unnatural monoculture.

Invasive plants create a chain reaction of damage to the environment as they spread.  They change food sources, force animals to modify behavior, and can alter entire ecosystems.  Effectively managing invasive plants is vital to the health of the park, and helps preserve it for future generations.

How do we safely and effectively remove them?

Once identified as invasive, it’s time to safely and effectively remove it!  You’ll want some basic tools and safety equipment, such as outdoor work gloves, eye protection, and loppers or pruning shears.  It’s also a good idea to have sturdy closed toe shoes, and durable long pants.  Removal techniques vary from species to species, but the goal is to remove the plant in a way it can’t easily grow back.  For garlic mustard this means pulling out the whole plant, roots and all.  For autumn olive or privet, the final cut should be where the plant meets the ground, creating a flat surface.

Challenges You May Face

Some invasive plants will grow back, but with persistence and repeated control measures, there will be improvement of the habitat over time.  In some species like garlic mustard, several years of control will deplete the invasive plant population rather well, while other species are more resistant to treatment and hence require many years and different management methods.

Areas managed to date have shown a great ability to recover after removal of invasive plants.  Areas which are severely infested, however, such as those with large populations of Japanese knotweed, are harder to restore by only removing problem species.  Planting with native herbs, shrubs, and trees may be required at these sites due to lack of native seed sources, intense competition, or other factors.

Controlling invasive species over the long term is complicated.  A large part of the solution will be educating landowners, the general public, and garden centers about invasive plants and what they can do to prevent their spread.

Getting involved in the park

CVNP has developed a volunteer-based, long term invasive plant monitoring and control program.  This program features the adoption of sections of the park by volunteers who are trained to look for and control invasive plants.  It is a great chance to experience the lesser known areas of the park while helping to conserve biodiversity.  The park also works with community organizations and other groups looking for service projects.

Getting involved at home

Invasive plant removal projects are vital to the health and future of Cuyahoga Valley National Park.  The problem isn’t limited to park boundaries however, as invasive plants are common issue everywhere.

During a time where large groups are discouraged, people are spending more time at home, and volunteer opportunities are limited, we still have the ability to make a significant positive impact on our local environment.  Removing invasive plants from our own backyards can be a fun and effective way to get outside, complete a home project, and create a more natural and healthy local environment. 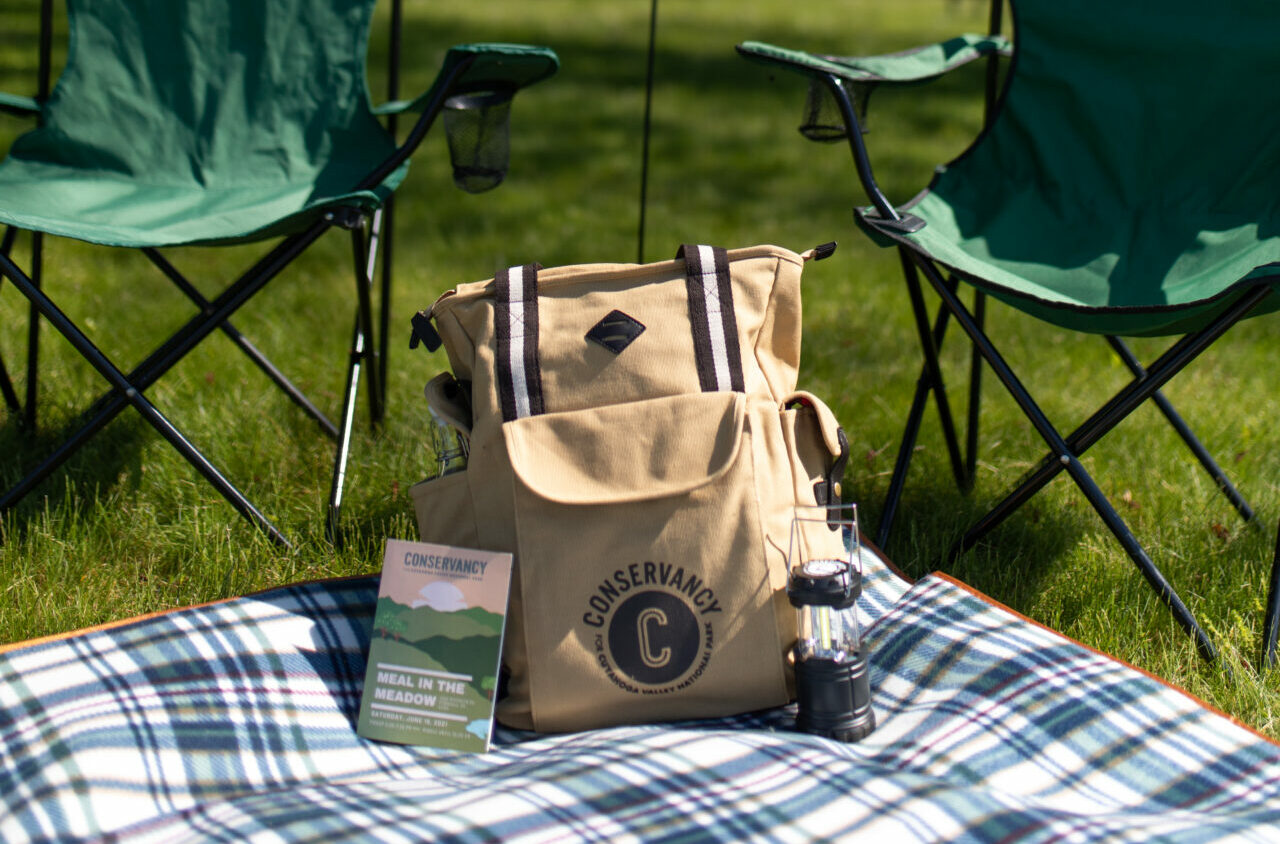