When visiting Cuyahoga Valley National Park, do you ever stop to think about the people that once walked the land before modern life took over? How did they live? When did they live? And how did they survive?

Would you be surprised to learn that the human history in the Park dates back nearly 13,000 years? That’s not a misplaced comma or an extra zero. According to Dr. Brian Redmond, Curator and James Otis Hower Chair of Archaeology at the Cleveland Museum of Natural History, much of Northeast Ohio – and especially the river-rich Cuyahoga valley – were areas where hunters gathered and civilizations came to life. Then, they disappeared. 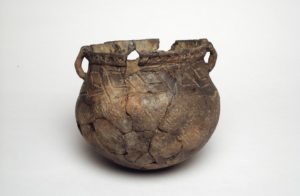 Dr. Redmond’s studies, along with research conducted by other archeologists affiliated with the park, demonstrate this rich prehistory: one where Indigenous People learned how to live and make a life here.

“The written record of Native Americans in Northeast Ohio goes back no more than 300 years, yet archeology tells us that more than 500 generations of their ancestors inhabited this region. The stone tools, pottery, food remains and earthworks they left behind provide abundant evidence of their presence,” he says.

Earlier this year, Dr. Redmond shared his insights with a sold-out crowd at his presentation Before Moses Cleaveland – The Archaeology of Native Americans, a Conservancy-sponsored seminar at Happy Days Lodge. Here are just a few of the questions he answered:

How did these people live? “I think one of the most amazing facts is that these people changed their lifeways significantly overtime. They turned from hunters/gathers following the Ice Age into farmers. Generation after generation didn’t live the same way. They learned and evolved. There are hunting camps, burial areas. They tell us so much about these groups along the rivers. The Cuyahoga River Valley was probably one of the most populated areas of that time.” 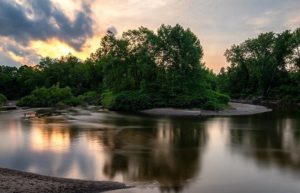 What did they eat? “We know that Indigenous People – those that lived and settled here after the Ice Age 13,000 years ago – had a varied diet. We find preserved animal bones as well as carbonized/charred plant remains from seeds and nuts. Many of the best archeological sites have remains of deer, wild turkey, raccoons and beaver. Small game was important for food as well as pelts. As people developed their skills, around 1200 AD, we can find the early indications of farming cultures and villages. Sunflower seeds, corn, beans and squash were all cultivated.”

When and why did they leave? “The artifacts tell us that, around 1650 AD – or shortly before Europeans arrived in the area – these people left. The region was mysteriously abandoned. Archeology tells us a lot about the life and culture of these people – but, unfortunately, it doesn’t tell us why they left.”

How do you locate a site? “At the most basic level, we look at historic records and artifacts. This can help us narrow in on an area. From a preservation point-of-view, Cuyahoga Valley National Park is invaluable. It’s important as a place to preserve nature, but it’s also a tremendous asset in terms of an archeological preserve since it is Federal property and carefully protected. It provides a wealth of knowledge.” 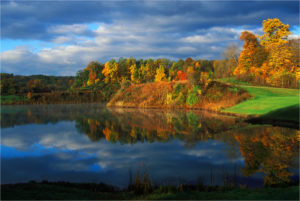