National Park Service (NPS) Regional Director Bert Frost announced the selection of Dr. Lisa Petit as superintendent of Cuyahoga Valley National Park this morning; a position that also oversees operations at James A. Garfield National Historic Site and First Ladies National Historic Site. She has been serving in the position for the past 6 months and will assume the permanent role as superintendent in the coming weeks.

Lisa has spent her 21-year NPS career working in a variety of leadership positions in Cuyahoga Valley National Park. She started as a Wildlife Biologist, and later became Chief of Resource Management for the park. She was Deputy Superintendent before becoming Acting Superintendent.  During her time at the park, Petit oversaw all science, engineering, design, planning, environmental compliance, and resource stewardship activities for the park. Petit is the first woman to serve as Superintendent of Cuyahoga Valley National Park since its establishment in 1974.

Prior to joining the National Park Service, Lisa was a Research Biologist for eight years with the Smithsonian Institution in Washington, DC. Her research focused on understanding the role of parks and protected areas in resource conservation. It was conducted primarily in protected areas in Latin America and the United States including within Cuyahoga Valley National Park and is widely published in peer-reviewed journals.

Lisa and her husband Dan live near Akron,where they raised their daughters Natalie and Kathryn, and are active community members who enjoy all the parks and natural areas of northeast Ohio.

Lisa has worked alongside the Conservancy and supported our value to the park and to Northeast Ohio.  We welcome her move to this important leadership role and look forward to continuing to work in partnership with her for the benefit of the park and park visitors. 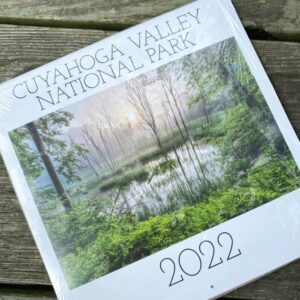 The new CVNP calendar is now in-stores and available online! With this calendar, you can enjoy the beauty of your national park all year round.